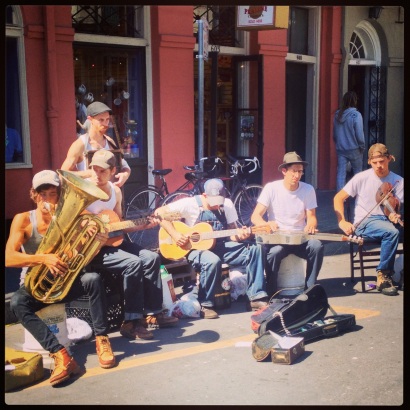 My boyfriend and I decided to go on a one day getaway! New Orleans was our pick because it was a quick flight, I hadn’t been there in years and he had never been there at all! Our flight landed around 10AM. We knew we only had a limited amount of time in the city so we headed straight to the French Quarter to start our visit. We are on a tight budget so rather than take a cab as everyone recommended, we took a bus all the way downtown and then walked in the direction of The Quarter. It was a long ride, but I’m so glad we took the bus! Not only was it cheap ($2 to get into the city), but we got to see parts of the city we wouldn’t have seen otherwise since most of our trip was French Quarter centered.  When we arrived in the French Quarter we just walked around. Even before noon the streets were full of people!  Street performers, tourists, and even people drinking already. Wandering up and down the streets, we found a nice little cafe’ ere we had lunch/coffees. After fueling up, we made our way to Jackson Square where we met up with our tour guide and other tourists for a free walking tour of the French Quarter.

The company we went with, Free Tours by Foot, offers a couple of different tours including a cemetery tour that we plan on taking next time! Jackson Square was beautiful in itself.  It was a nice day so there were people sunbathing, picnicking and just hanging out. On the tour, we were guided through alleys and historic streets with beautiful architecture. I was snapping pics the entire time. And listening! Anecdotes were given at every stop. The tour lasted 2 hours and gave us a brief, but detailed history on all things French Quarter. If you head to New Orleans, check it out. 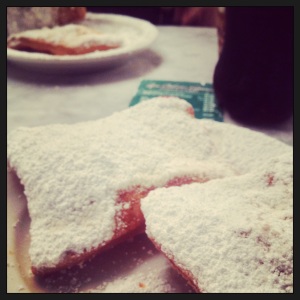 After our tour we headed to get beignets! You can’t go to Nola without eating some beignets. Beignets are deep fried dough covered in powder. They’re the best paired with a cup of coffee and chicory. MMM! We had ours from Cafe du Monde. Probably the most famous beignet place in New Orleans. I’ve only had their beignets so I can’t say if they’re the best, but they sure are freaking delicious.

More walking, shopping, and exploring was done and then we decided to take a ghost tour. We actually didn’t decide this. The bf did. He chose a Haunted History tour. They’re supposed to be the best and are ranked #1 in New Orleans. I was a bit wary of it since their website looks terrible, but on we went!  The tour was centered around the French Quarter. A lot of the same places we heard about earlier apparently had some dark history to them. It was an entertaining tour, for sure. We went to about 7 different sites and heard a ghost story behind each. The highlight of the tour was for me was the visit to the “haunted” bar, Lafitte’s, which is reputed to be oldest structure used as a bar in the United States. I had a delicious Hurricane. If New Orleans had an official drink, this mixture of rum, grenadine and fruit juice would be it.  Though deliciously sweet, those things are strong! The rest of the night was spent on Bourbon. DRINKING! Not for very long. Like I said, those Hurricanes are strong. 😉 We stayed in the India House Hostel  located outside of the French Quarter and right on the Canal streetcar line. It was easily one of the coolest hostels I’ve stayed in. Lively atmosphere, tons of travelers, a huge courtyard and a freaking swimming pool! We booked the day of and stayed in a private room for only $45. Would definitely stay there again.  Short and sweet trip. It definitely sparked a love for New Orleans. I can’t wait to get back and explore more-outside of the quarter and actually eat some gumbo. I didn’t get to eat any gumbo!!!! 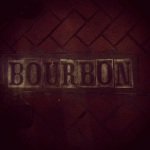 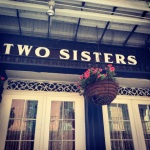 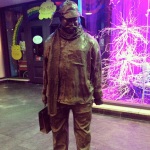 1 thought on “A day in New Orleans”