I made it! I’m in Memphis. The drive down wasn’t so bad. It’s a 12 hour trip and we made it in 12 hours. Which was good time considering we stopped about 6 times. I like to stop during road trips. If I see a sign that says Scenic Overlook, you better believe I’m pulling over. If I see a sign for some sort of shop or winery I’ll pull over for that too! On the way down we stopped at the New River Gorge Bridge. A huge steel arch bridge in the southern part of West Virginia. It’s the 3rd longest in the world! Every year in October the West Virginia hosts Bridge Day. 80,000+ spectators attend and BASE jumpers come from all over the world come to jump off the bridge. CRAZY!!! I would never do that, but I do want to do the Bridge Walk. A 1.5 mile walk along the catwalk (850 ft above the river) of the bridge.

New River Gorge Bridge by me 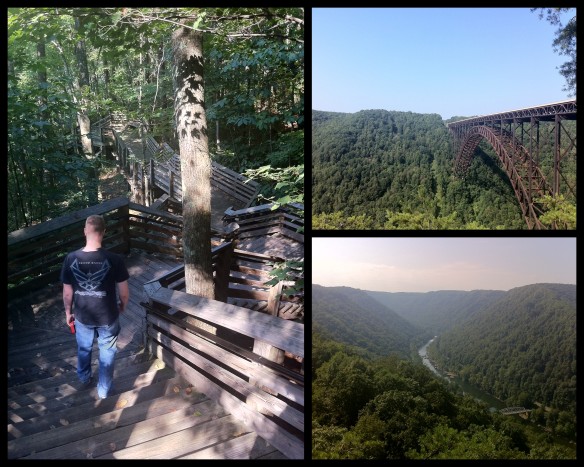 We also stopped at Tamarack. A huge,interestingly,shaped building in Beckley, WV that sells handmade crafts, arts, and WV wines and other cuisines. We just walked around checking out the place and picked up two bottles of West Virginia wine – dandelion and blackberry. 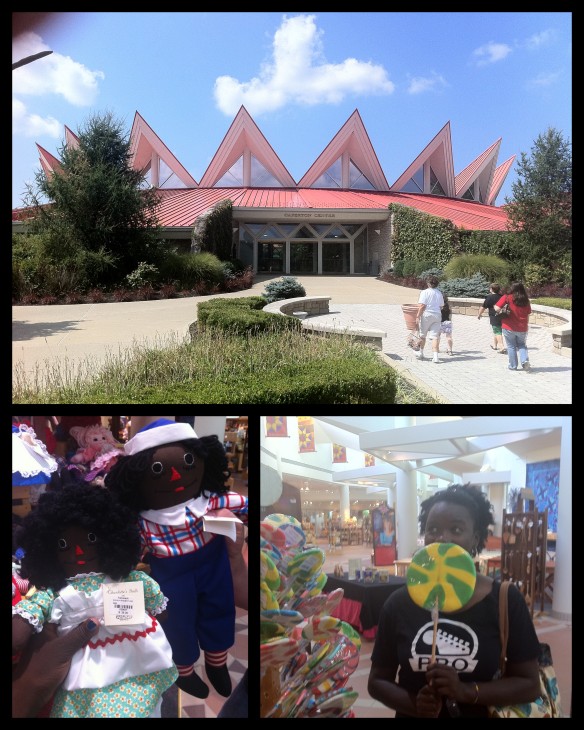 I wanted those Raggedy Ann/Andy dolls, but couldn’t justify it for $35 a piece!

The bf spent a couple of days here with me and then left. 😦 I miss him like crazy, but I’m settling into life back in Memphis just fine. I had my first roller derby practice with my new league on Monday. It was an intense practice! I can already tell I’m going to be a much better skater, skating with this league. In my former league, me and a few of the other girls were the longest skaters of the team. Now I’m surrounded by ladies that have been playing 4 times as long as I have. I’m excited to learn from them. I’m a part of the league, but I’m not officially a part of a team yet. They have a draft day in September. When that day comes, the three teams will bid on me and I’ll be a part of  one of the home teams… hopefully!

Classes start on Monday.  But until then I have a lot of free time. Which means lot of quality time with my Kindle! I’ve been sort of a book nerd lately.